If you have not heard yet, Cyanogen and gang have finally released CyanogenMod 5 for your G1/Mytouch 3G. If you are new to using ROMs, make sure to follow the instructions carefully, so you don't brick your phone. Anyone who has used ROMs, whether Cyanogen’s or not, also needs to follow the instructions as you will need to install DangerSPL which has bricking potential (unless you already have it installed).

This release is labeled as experimental - keep it in mind as there could be some bugs. Cyanogen has already stated that reported bugs will be addressed over this weekend and any further reports can be made on the CyanogenMod forums. As usual, if you damage or brick your phone, it is your responsibility and not that of this site or the ROM developers.

If you feel a bit confused at this point, you should read the Custom ROMs For Android Explained And Why You Want Them and Rooting Explained + Top 5 Benefits Of Rooting Your Android Phone.

So what does the CyanogenMod add to the stock Eclair OS exactly? This is what Cyanogen provided in the changelog: 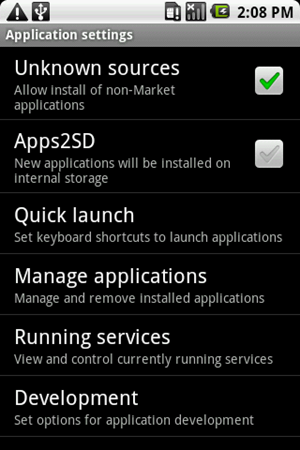 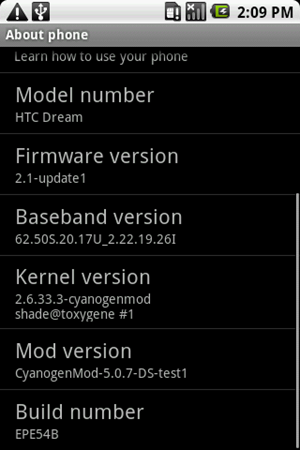 After rooting my G1 and installing CyanogenMod 5.0.7, I noticed a considerable difference in the phone's performance right out of the box. I got my G1 the month it came out and aside from the first month of usage, it has never run this fast. The speed is impressive. There are some differences between this and the actual Android 2.1, such as your app tray is not animated like the vanilla 2.1 version but things like that are to be expected due to the G1’s hardware. However, you still get live wallpapers!

As I mentioned earlier, this is an experimental build (beta) and so there will be bugs. Some issues have already been reported, such as camera zoom not functioning and pictures showing up garbled right after being taken. Also if you don’t have a SIM in your phone, the lock screen layout will look a bit messed up.

I also experienced some issues with the Google Apps extra I installed. When you root your phone and install CyanogenMod onto it, you will not have any of the regular Google apps that come with the stock Android OS. CyanogenMod has a package you can install afterwards that will install the default Google apps such as Gtalk, Gmail, Android Market and so on. I tend to get force closes when using them, mostly of the Android market, although this could be due to me messing up somewhere along the line when installing the extras package. Gmail and other apps seem to run pretty much as they should, though a lot faster than before.

Should You Use This Rom?

If you like playing around with experimental (beta) type builds, then you should get this great ROM already. If you are weary of using beta builds or only have a work phone to flash this onto, then you might want to wait for a bit more stable build, especially with DangerSPL being mandatory on the G1. My G1 is running a whole lot better than it has in a long time, and with all of the extra goodies that you will find in Cyanogen’s ROM, you can not go wrong with having this on your phone.

Links To Get You Started 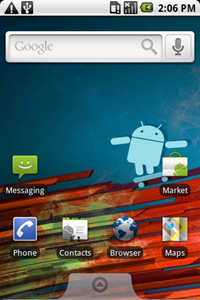 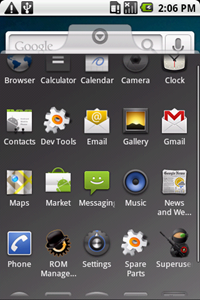 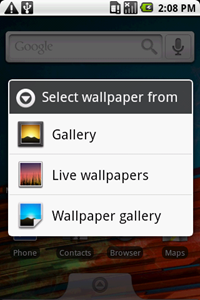