You have to hand it to Verizon’s marketing department – out of all of the carriers pushing Android, their ads have been the most compelling.

Verizon continues their Android advertising legacy with a departure from the ‘Droid Does’ campaign in order to use the Iron Man 2 release to pimp their latest Android phone – the LG Ally. What’s that? You haven’t heard of the Ally? What about the LG Aloha? Or, its considerably less glamorous name LG LU2300. Still nothing?

OK, forget names, let’s talk specs. You like the Snapdragon processor, right? Well, what if I told you that the Ally not only packs a 1GHz Snapdragon, but a qwerty keyboard as well? 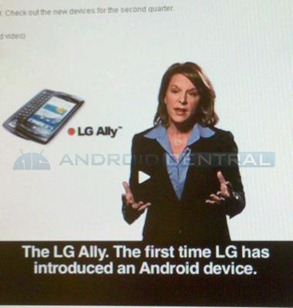 That’s right – now we’ve got your attention. The LG Ally is slated to be the first Android phone with both the Snapdragon process and a set of hardware keys. As for the rest of the hardware, according the official LG UK blog, we can confirm that the phone will also feature:

It'd be interesting to see if the DMB tuner stays in the Verizon version. US carriers and TV networks haven’t been as keen on over-the-air digital TV for phones as we’ve seen overseas (predominately in Asian countries), so I wouldn’t be surprised to see Verizon leave that out in order to keep costs down. Rumor has it we can also expect to see: 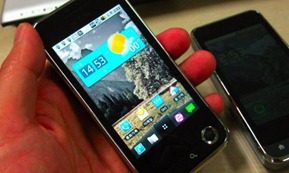 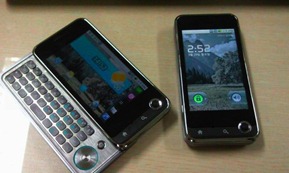 Again though, I haven’t been able to find any official source for that information. None of those features are too far out there though, so I wouldn’t be surprised to see them make the final cut. I’ve sent a note to a Verizon contact to see if they can provide any additional information. We’ll post any updates as they come in.

Now, back to the advertisement I mentioned earlier. There are few things worth noting about this video:

And without further ado, here is the ad: