It was announced today that BumpTop has just been purchased by Google, following a statement made on April 30th that the application was being discontinued.

More than three years ago, we set out to completely change the way people use their desktops. We're very grateful for all your support over that time — not just financially but also through all the encouraging messages from people who found BumpTop inspiring, useful, and just downright fun.

Today, we have a big announcement to make: we're excited to announce that we've been acquired by Google! This means that BumpTop (for both Windows and Mac) will no longer be available for sale. Additionally, no updates to the products are planned.

For the next week, we're keeping BumpTop Free available for download at bumptop.com/download to give BumpTop fans one last chance to grab a copy.

Thanks again for all your support over the years. Despite our change in strategy, we remain as passionate as ever about helping shape the future of computing!

If you’ve never come across BumpTop before, you may wonder why this is exciting news, but once you’ve seen it in action, I guarantee that your interest will pique. Transforming your desktop into a 3D environment, the extra dimension added by BumpTop was not only fun to use, but became an intuitive way of navigating around your desktop.

You could flick through photo albums, hang notes and media on the wall, create a pile of documents and view all your desktop shortcuts in collapsible grids. With icons bouncing off each other right, left and center, it certainly made for an interesting experience. 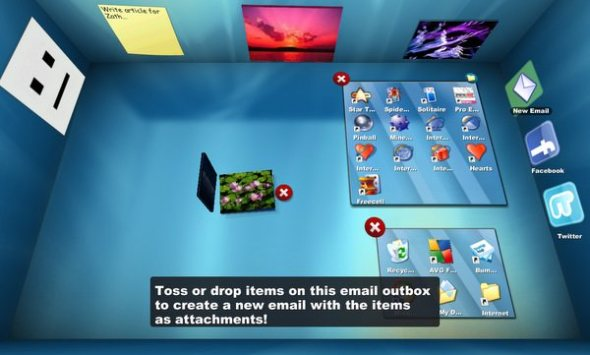 Now that Google has acquired BumpTop, what can it do with such an application? It worked well on the desktop – even if it was a little resource hungry – and to transfer those features to a mobile device could revolutionize the way we use our phones.

Rather than use a photo frame widget on Android to house photos, you could simply select an entire folder and create an album to drop on your home screen. You could flick through the album with ease or choose to hang a photo on a wall inside your 3D interface.

Instead of flicking between different home screens you could simply rotate through your walls, similar to how you would using compiz-fusion on Linux, to access your notes, media and messages.

Think of the way you interact daily with your phone, then watch the video below, and open up your imagination. We are intrigued.

The possibilities are, of course, endless, but considering how fun BumpTop was to use on the desktop, it’s safe to say that your multi-touch experience could be taken to a whole new level in the future. If you want to download the desktop application for Windows or OS X, you can still do so until the end of the week.