damageless and TrevE, the developers behind the DamageControl ROM which brings Android 2.1 to Sprint HTC Hero CDMA, have been silently working on a new version of the ROM for the last few weeks. 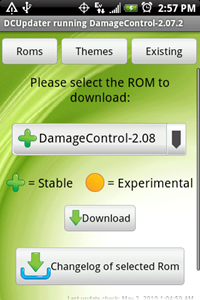 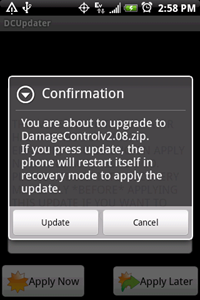 This is a very impressive release and we, Hero owners, thank damageless for all his incredible work.

The update does take a long time to install, so be patient. If it still doesn't work, you may need to do a wipe and a clean install (I probably have to do this because it never flashes correctly and gets stuck at the load screen forever).

I'm not sure what kind of tweaks can be done with the DConfig tool or what a Theme Server is exactly, as I haven't been able to do a successful upgrade from 2.07.2 yet.

Update: I found the source of the problem - the ROM Manager's current Clockwork recovery image v 1.8.1.1 is bad and hangs when rebooting into recovery. Either downgrade it or upgrade it to an experimental version 1.8.1.3 which boots OK. After I updated the recovery image, the upgrade went through OK. 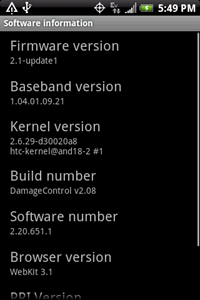 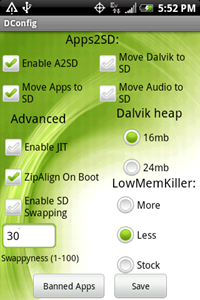 Having just released 2.08, damageless and TrevE already started teasing us with what they have planned for the next version: 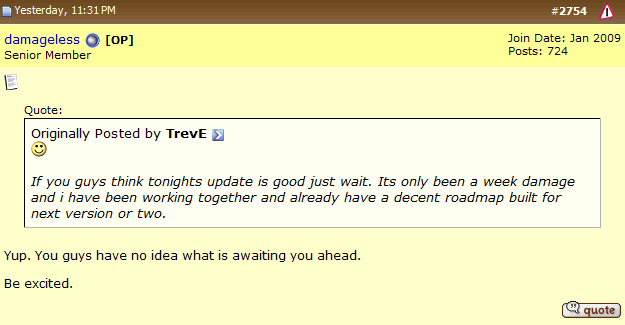 Looking forward to that!

Google Acquires BumpTop, Will The Ingenious UI Make It To Android?