What have we here: it looks like a user over at the ppcgeeks forums has nabbed himself a picture of an Evo 4G sitting pretty at a corporate Sprint store in Florida. Granted the picture is so blurry that it looks more like a Jackson Pollack painting than a spy-shot, but we’ll take what we can get. 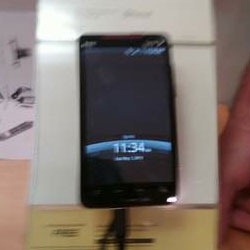 Of course, with pictures like this, you always want to take things with a grain of salt - the blurrier the shot is, the easier it is to hide any digital alterations and in this case, there are plenty of reasons to doubt the veracity of this image:

Wait, what was that last point again? The sign says ‘FREE’? Oh yes, as the eagle-eyed gents over at leakdroid have mentioned, if you cross your eyes, bite your tongue, count backwards from 50 and then take another look at the picture, you can make out the word ‘FREE’ on the yellow sign just below the bottom of the phone. If that is in any way accurate, it’d mean that Sprint is really hurting for new customers.

However, with a phone as spec’d out as the Evo 4G I find that to be highly suspicious. Upon closer inspection of the image, I noticed that the slide to unlock bar looked unusually in focus compared to the rest of the picture, so in the interest of science I ran it through an error level analysis test and ended up with some pretty interesting results.

In case you’re not familiar with error level analysis testing, this explanation should help clear a few things up:

Error level analysis is a quick and easy image forensics method, allowing one to determine if an image has been modified by programs such as Adobe Photoshop.

It works by resaving an image at a known quality, and comparing that to the original image. As a jpeg image is resaved over and over again, its image quality decreases. When we resave an image and compare it to the original, we can guess just how many times the image has been resaved. If an image has not been manipulated, all parts of the image should have been saved an equal amount of times. If parts of the image are from different source files, they may have been saved a number of different times, and thus they will stand out as a different colour in the ELA test.

Now, it should be mentioned that an ELA test is by no means a 100% accurate way of spotting a forgery, but it doesn’t hurt to run it. So, what did I find after running the test? Well, the areas that I was most concerned about being forged do stand out quite a bit more than the rest of the image. Take a look for yourself: 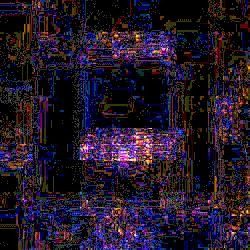 The truthiness of the image aside, it is fun to imagine the Evo 4G hanging out in Florida, just waiting to be released for FREE(!) to the masses, but really, I wouldn’t hold my breath. We’ll keep you updated as news develops.

Custom ROMs For Android Explained - Here Is Why You Want Them