It was rumored for a long time that Twitter would be releasing an app for Android. Well the wait has ended as Twitter’s official app was finally released a few minutes ago and is available on the Android market right now for free.

While this is great news at first, there is a catch - it is only for Android 2.1 and above. Anyone with 2.0 or lower will have to stick with their current Twitter app and wait till 2.1 hits their phones (I'm looking at you, Hero users). Alternatively, you could grab a 2.1 custom ROM for your phone if you don't feel like waiting around.

So far, from what I’ve seen, there is no multiple account support and I hope it will be added in the next update.

Here is part of the official press release talking about some of the features you will find:

Twitter for Android is a fantastic application to use, and sharing any link or photo is super simple too – just look for the share button in your favorite application and choose Twitter.
Reading tweets is easy in a bunch of places on your phone. Quickly access your timeline with the home screen widget, view a tweet location on a map, and see your friend’s latest tweet in your phonebook, GoogleTalk list or any application that uses Android’s QuickContact bar.

This app comes with all the features you would need to handle your Twitter business in a slick looking UI. It is even animated at the bottom where the blue bird is, quietly flying in the sky. You will also notice in the main options window trending hashtags flying in and out.

The main screen of the Twitter app lets you access your settings by pushing the menu button. You will also be able to access Tweets, Lists, Mentions, Retweets, Direct Messages, and your profile. You will also see the trending topics I mentioned showing up at the bottom to the left of the blue bird.

Here are the available settings: 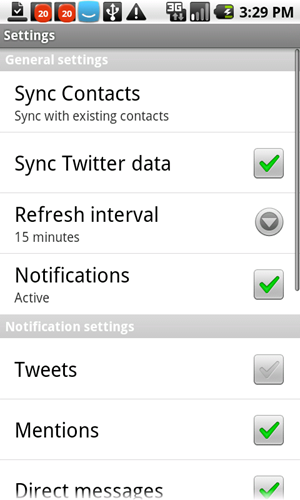 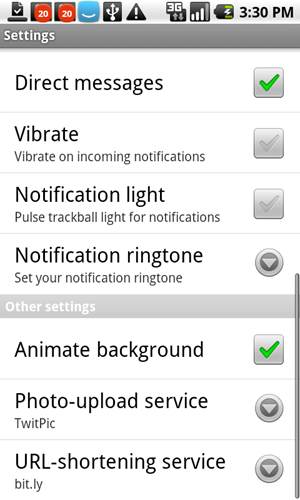 When on your main tweets screen (where all the tweets will show up), you can press on those arrows next to each tweet to get a handy shortcut menu with options to Reply, Retweet, Favorite, or Share that tweet.

Clicking a URL inside the tweet will open up the browser and load the page. Some other Twitter apps make you go into another window to tap on a link to open it, so this is a lot more user friendly. 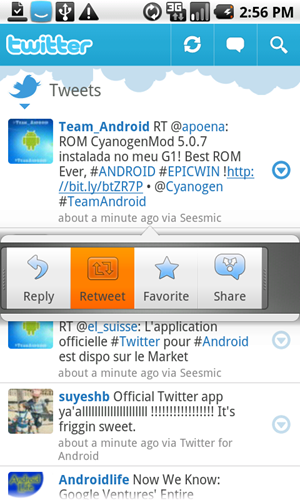 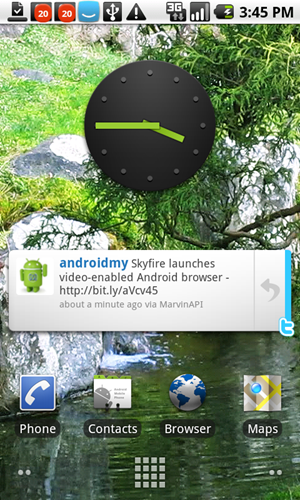 You will notice that this app can sync up with your contacts, but that’s not all. It also comes integrated with Google Maps as well as an ability to share pictures over twitter (using the picture uploading service) right after taking them.

Those of you who prefer to monitor Twitter via widgets are able to add one to the home screen (both small and large size). Tapping on the widget will take you right to the main Twitter screen. You can also tap on the arrow beside the tweet in the widget and it will open up the Twitter app onto the reply screen for some quick reply action.

Overall the Twitter app feels complete, polished, and packed with enough features that any Twitter fanatic will enjoy without being bogged down by too much customization. The absence of multiple account support, however, is a big omission, so other Twitter clients still stand a chance.

Twitter has also done a great job with the official app keeping it running smoothly. I noticed no lag when selecting options or flipping through menus and screens.

One final note of interest, and a very important one: the app will apparently go open source soon.

As the app is free and Twitter is already the underlying service behind it, both Twitter and us, users, will only gain from this move. Twitter won't have to get involved with the development as much while we will benefit from the collaborative power of the open source community. 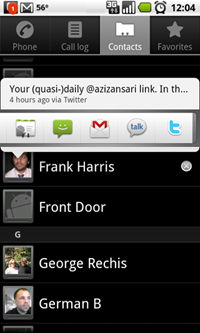 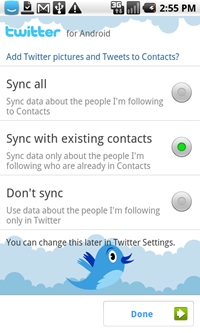 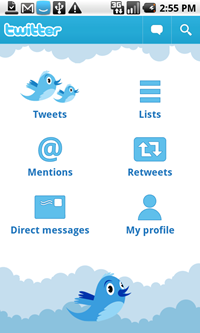 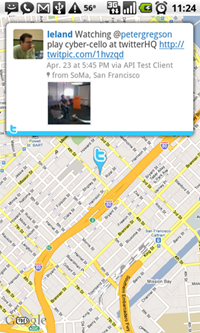 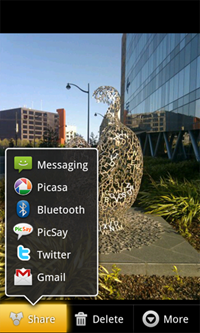 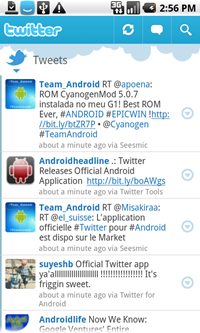