Expansys, the company taking preorders, is stating that Galaxy S will be available Wenesday, June 2nd, 2010.

Since the phone is sold unlocked, it can be used with a SIM card from any UK or European GSM network (such as Vodafone, T-Mobile, O2, etc).

The Samsung Galaxy S has some really impressive specs:

You can head over to Expansys and preorder this little devil right now for £549.99 (which is about $800USD). It's quite a steep price to pay but remember: you would be getting one of the nicest and most gorgeous Android phones on the market. 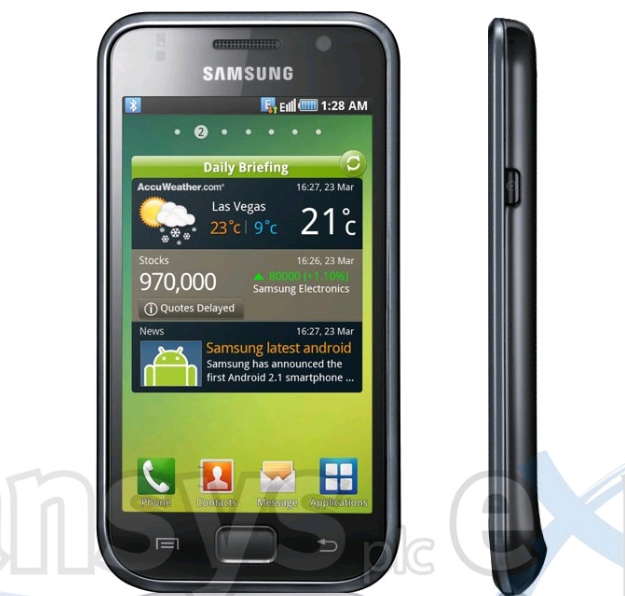 Google Cancels Plans For Verizon Nexus One, Recommends The Droid Incredible Instead