Dell has completely stolen the news spotlight today with a flood of PR, carefully leaked (so I think) to Engadget.

We now have more details about a device that used to be named "Streak 7" - Dell's 7" Android tablet leaked to Engadget a week ago. The previous leak mentioned that Dell's tablet line with an already announced 5" version called Streak 5 would be augmented by 2 more devices - a 7" and a 10" Streaks.

In light of this new information, we now know, for starters, the name Streak seems to only apply to the 5" version, while the 7" model will be named "Looking Glass".

Secondly, some details about the Looking Glass hardware and software from the leak include:

The 7" Looking Glass is scheduled to be released somewhere around Q4 2010 (November?), according to Dell's product roadmap.

Dell's new product announcements remind me of HTC about 1-2 years ago. With a barrage of new phones and tablets coming out, Dell is really turning a new leaf with its brand name. I hope they keep the pressure up because competition is good for all of us consumers. 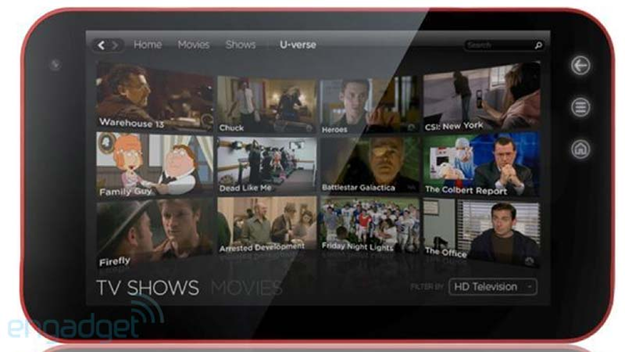 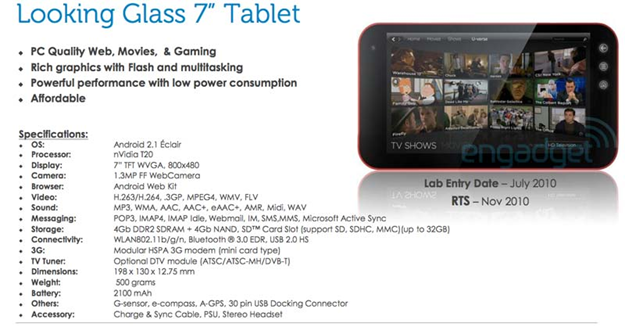 The Leaks Continue – Meet The Dell Flash And The Dell Smoke