Engadget’s leaked a few more Dell phones that just might steal the just announced Thunder’s… well, thunder (that’s the last one, I swear). This time we’re focusing on two handsets that are confirmed to run Froyo and mix things up bit when it comes to form factor.

Dell’s Smoke is a qwerty candybar with an 800MHz CPU, a 5MP autofocus camera, 14.4Mbps HSPA and dual-mic noise cancelling technology. It also packs Wi-Fi and Bluetooth 2.1+ EDR, much to the surprise of no one. You can count on a 2.8 inch QVGA display atop what looks to me like an especially cramped set of keys in a package no thicker than 12mm. Apparently Dell is targeting the business types with this phone, and were I in that demographic, I’d certainly choose this over a BlackBerry. Expect it out in the second quarter of 2011 for a price that “won’t break the bank”. 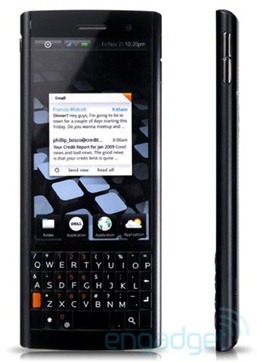 Our second little surprise sits firmly between the Smoke and the Thunder as far as stats go. Say hello to the Flash, a touchscreen device with specs that impress:

All of that packed into a slim, 11mm thick ‘curved glass’ body. 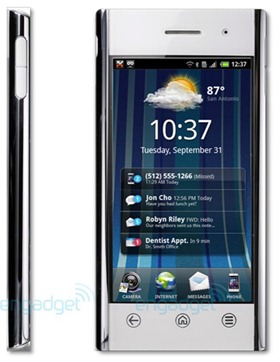 Both devices are set to include Adobe’s Flash player built into the browser for plenty of time (and battery) wasting goodness. No word on when the Flash is set to launch, but I wouldn’t be surprised to see Dell put out an official statement now that the cat is out of the bag.

I haven’t seen this discussed much in other articles regarding the phone, but someone really has to commend AT&T for beefing up their Android line-up. It went from completely mediocre to OMIGODIWANITNOW in the span of a night. Color me impressed.

You can follow the links below for more information about each device:

iPhone Now Runs Android Too. Wait. WHAT? Is "Flash Coming To iPhone" Going To Be Our Next ...