Being in the UK myself, one thing I’ve continuously struggled with when using Android is Google’s navigation on Maps. I’ve tried the hacked version of Maps in the past giving people in the UK navigation features, but it’s always been slightly unstable and troublesome for me. You can, therefore, imagine my delight when I woke up this morning to find a ‘Navigate’ option under a search result on Maps.

Although there’s some confusion as to when navigation was enabled for UK users, most suggestions point to the feature being enabled overnight, and no update was required. I’m using the latest version of Maps on a Nexus One and no actual updates were pushed to my phone, which indicates that it was activated by Google for UK devices remotely. 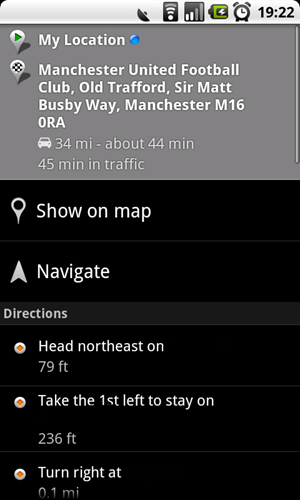 During testing, all turn-by-turn navigational features worked without any issues, as did voice guidance following the installation of a text-to-speech application from the Market which copied itself to the SD card before deleting itself from the applications menu. All features are fully enabled, including street view previews of your route and destination, which is great to have if you’re unfamiliar with your surroundings. 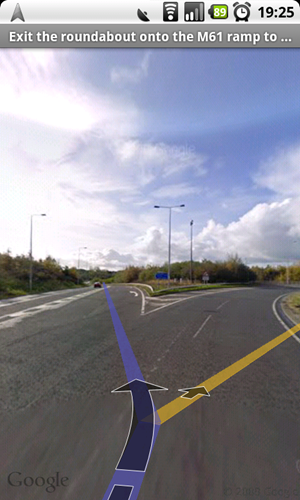 If you’ve been looking for a satellite navigation solution for your UK Android device, you should have it waiting for you next time you search for a destination in Maps. According to Google, Maps Navigation is currently only available in selected countries on phones that run Android 1.6 and higher, which means that if your device is running 1.5, you’re out of luck until it is updated.

Android 2.2 Froyo On Its Way Soon