Holy Android sexiness Batman. Engadget has just busted out some glorious details and renders of the upcoming Dell Thunder – an Android superphone that certainly lives up to the title.

I was a bit taken aback by the announcement – as far as we knew, the only Android phones in Dell’s pipeline were the previously announced Streak and Aero, both of which are interesting, but not nearly as appealing as the Thunder. By the way, I really hope that’s a codename, if for no other reason than to avoid puns like “Hey, did you bring the thunder?”. Ba dum, TSH. 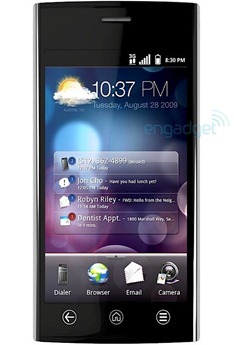 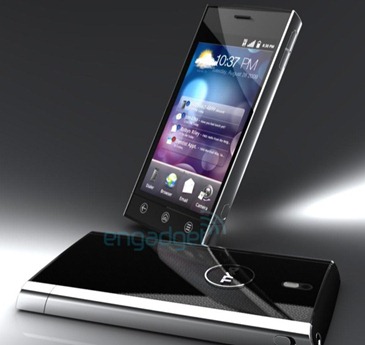 The specs are shaping up to be quite promising, based on what we know so far…which isn’t much. Engadget is reporting that it will pack a 4.1-inch WVGA OLED screen, but there’s no further information on what we can expect to be inside. There’s [justified] speculation that the phone will pack a 1GHZ Qualcomm Snapdragon processor and we can expect to see an 8 megapixel camera on this beast as well. You’ll be able to get your download on at speeds of up to 7.2Mbps on AT&T’s HSDPA network or on the integrated wi-fi (no mention if 802.11N will be on board).

I’d imagine we’ll also see at least 768MB of RAM on board, 512MB of ROM, and hopefully at least 4GB of built-in flash storage. Those are numbers that I just pulled out of thin air, but if Dell is planning on competing with the likes of the EVO 4G with this phone (and it looks like they are), they’ll need some fairly beefy specs.

We’ll post any additional updates we can find on the device, and check back in a few for information on Dell’s new ‘Stage UI’ that will be shipping with the device.

Dell Sets The Stage With Their New Android UI – Will Include Flash... And Run Froyo?