Earlier today, TechRadar broke the unfortunate news that HTC Hero owners in Europe will have to wait even longer to get their hands on Android 2.1 than was expected. Despite originally being expected within the next week or so, it has been confirmed by HTC that the update has been delayed yet again, this time until June. In a statement HTC said:

"HTC will be providing a free update to Éclair for European HTC Hero variants. Starting in June, anyone owning an HTC Hero will receive an initial preparatory update, shortly followed by the full Éclair update.

For the full update, we would recommend using a free Wi-Fi hotspot or an unlimited data plan, otherwise standard data charges may apply."

There is still a glimmer of hope for users outside of Europe, as the statement mentioned only ‘European variants’, so those of you across the pond may see still see it sooner rather than later, although at this point I wouldn’t bet on it.

The update is set to hit Taiwan on April 26th (unless this date has been pushed back too), which means that there is bound to be official release ROMs available for those who can’t wait until June for their update. Alternatively, if you’re too impatient to wait even another day, you can always download the leaked 2.1 ROM and see if that tickles your fancy.

Artem, who has done just that when he flashed 2.1 on his Hero, posted a great preview article of all the upcoming features right here. 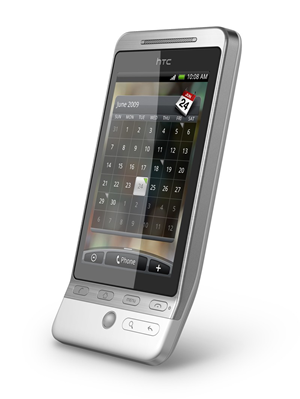 Google’s Turn By Turn Navigation Finally Comes To The UK

Break Out Those Drool Buckets: Dell Brings The Thunder