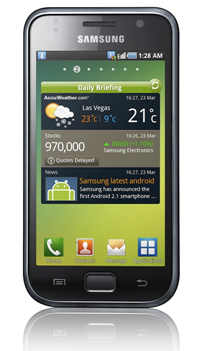 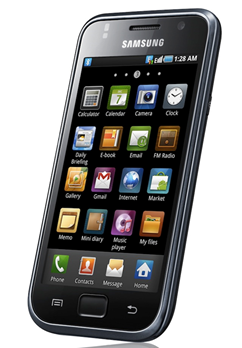 Android is already showing its potential on lower end handsets, and the Galaxy S is just one of many higher end phones (dubbed superphones by Google) that aim to provide a smoother and more powerful Android experience. The specs that many of these phones are carrying should allow users to enjoy a broader array of game and multimedia applications, and should be able to seriously compete with similar offerings from Microsoft and Apple.

The fact that this phone may hit all four carriers is a boon for Android developers and the Android platform as a whole. As more users trade in their G1’s for handsets such as the Galaxy S, the more incentive developers will have to develop applications that can fully unleash the potential of these devices.

It’s not often you see a feature-laden, drool-worthy phone launch without a carrier exclusivity agreement, so one has to wonder what the motivation was behind this decision. Forbes speculates that this could be due to Samsungs relative lack of brand strength when compared to other manufacturers like Apple or Motorola. Whatever the case, this is definitely a welcome move.

Here are the specs in case you’ve forgotten what the Galaxy S is all about:

Being the hardware keyboard fan that I am, I can only hope that the Galaxy S’ more professional sibling, the Galaxy S Pro, will also be released on all four major carriers.

Guy From HTC Showcases Droid Incredible In A Video At Wirefly's HQ - This Is Hands Down The ...