Sony Ericsson generated plenty of hype with the leaked screenshots and videos of its 'Rachel' UI on top of the Android operating system, but managed to stem the excitement a bit when it was revealed that it would be based on top of Android 1.6. 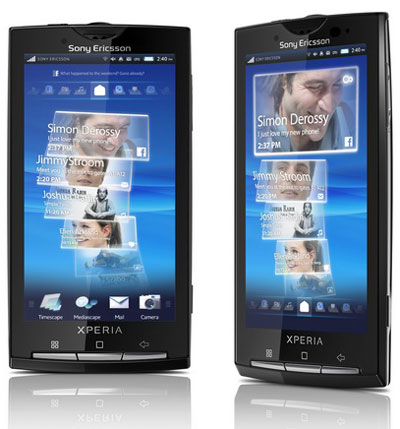 X10 fans can rejoice though, because according to the blog mobiles.co.uk, a Sony Ericsson rep told them that users can expect a 'very big update' in the second half of 2010.

Mobiles.co.uk has taken that to mean that yes, the phone will receive 2.1 with multi-touch enabled. I, as usual, remain a bit skeptical, due to the fact that the Sony has said in the past that the hardware is not capable of handling multi-touch.

I also see a potential problem: Android is being developed at ludicrous speed, and come 2H I expect that we'll either be using, or on the verge of using, Froyo - or - we'll at least be on another point update to eclair.

I'm hoping, for Sony Ericsson's sake, that they've taken this into consideration and have a plan in case there is a major Android revision released in the interim. Otherwise, they'll continue to lag behind until Froyo supposedly slows the development pace and gives manufacturers time to catch up before dropping the next revision.

Until then, it remains clear that fragmentation is not only a problem for software developers, but for hardware manufactures, and ultimately, the consumers as well.

Detailed Mega Review Of Android 2.1 On Our HTC Hero - Discover All The New Features (With Lots ...