Well, we finally have some specs to match up with the mysterious photos that have been floating around the web for last few days of a new and very square Motorola Android handset. 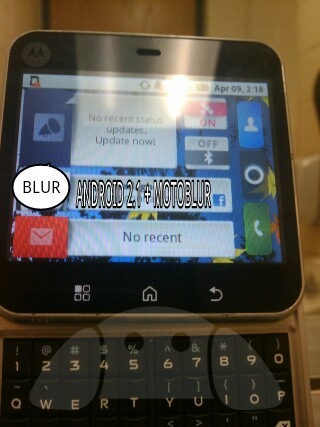 We held off on reporting on the picture itself, because the story of its existence and lack of any additional information made the entire thing seem suspect. Now, though, we have some more details as Android France has released the specs for the handset, purportedly named Motorola Twist, and if you look carefully, you can see that it supports the 850/1900 WCDMA radio bands, AKA: AT&T 3G.

Really, we should have seen this coming, AT&T is continuing it’s legacy of releasing the most ridiculous and crippled Android phones out there. The Backflip, their first Android device was underpowered and gimmicky, and while the upcoming Dell Aero is a bit more promising, it’s very likely that AT&T will continue to lock down the ability for its Android devices to install apps from sources outside of the Android Market. It’s really a baffling move that proves that AT&T just doesn’t understand Android.

One has to wonder if the lackluster lineup of Android phones coming out of AT&T might be due to pressure put on them by Apple. Compared to Verizon and Sprint, they’ve been severely under-promoting the availably of Android devices. Verizon’s ‘Droid Does’ campaign continues to be the best push for Android that I have seen. Hopefully we won’t see the big V back down from this if they get the rumored iPhone 4G.

As far as power is concerned, the specs for the Twist are a mixed bag.

The processor is decent – it’s the OMAP3410 that’s in the Droid, and it’s overclocked to 700MHZ (from 600MHZ). This should allow the phone to support flash with relative ease, however, I can’t imagine the experience being anything to write home about considering that the screen is only 2.8”.

Memory-wise, you’ll get a whole 256MB of RAM to play with, and a fairly standard 512MB of flash memory for app storage (though a good chunk of that is usually taken up by the operating system).

Overall, this is a middle of the road phone with a truly bizarre form factor and specs that will make you say ‘meh’. 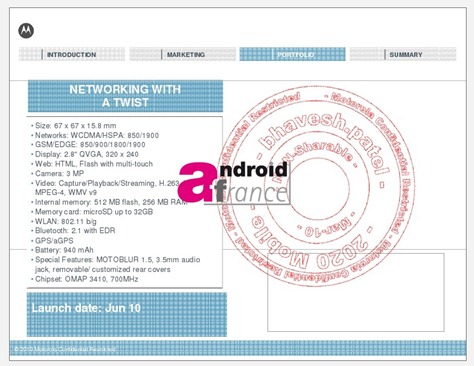 Cyanogen Banned From DroidForums.net For Calling Out BlackAndroid – Drama Ensues