Earlier this morning Microsoft finally unveiled the fruits of their not-so-secret Project Pink, and it looks… interesting. The new project is called ‘Kin’, and it’s very clear that you and I are not the target audience. They appear to be going after the lucrative market of hyper-connected kids and teens who would rather text and share content online via Facebook or MySpace than type out an email and manage their agendas.

So What Is Kin?

Kin is a series of phones running a skinned, trimmed down version of Windows 7 Phone Series. Initially, Microsoft will be announcing two phones that run the operating system, both of which had pictures leaked very early on. The phones are manufactured by Sharp which also manufactured the hardware for Danger’s Sidekick. You may recall that Danger was purchased by Microsoft some years ago, and you can definitely see the Sidekick’s roots in the new software and hardware. 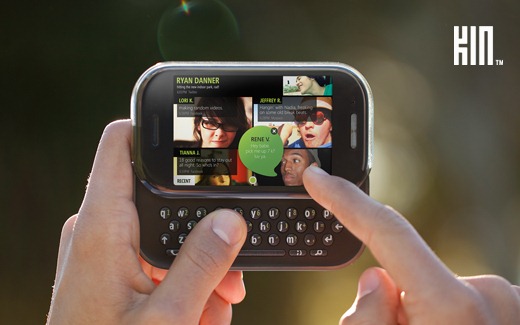 Microsoft is starting out with two new handsets, Kin One and Kin Two, both sliders.

Kin One has a completely unique design – I’ve never seen anything like it, and I’ve yet to decide if that’s a good or bad thing. It somewhat resembles a woman’s compact case, or as my fiancée said, it looks like a holder for birth control pills. It’s the lower end of the two handsets packing a 5 megapixel camera and 4GB of onboard storage.

It doesn’t look like either phone will offer expandable storage.

Kin Two is a more traditional slider, similar to the G1 or the Samsung Moment. Closed, it’s a touch screen candy bar with no hardware buttons on the front bezel. The keyboard slides out in landscape mode and seems spacious enough, but again, the design of this phone is pretty typical fair. Kin Two packs twice the storage as One, at 8GB, and also comes with an 8 megapixel camera capable of recording high-def video. 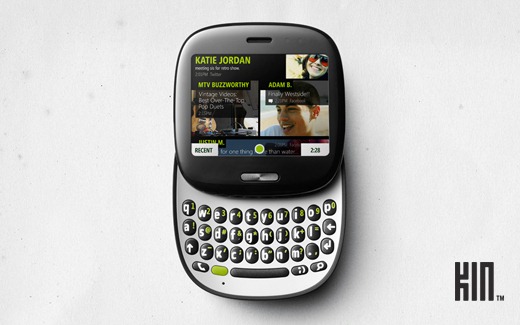 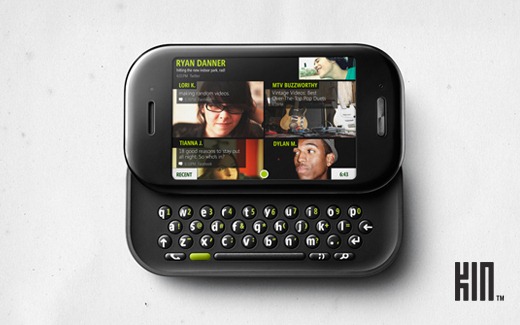 The Kin incorporates a few of the design philosophies of the Sidekick, mainly a heavy emphasis on the social happenings of your peers, and automatically storing nearly everything you do in the cloud (which the Sidekick took some flack for - hopefully they learned this time around).

Microsoft clearly spent some time on the user interface - it’s pretty and polished and bubbly, but it’s definitely not aimed at adults. The main screen on the device is populated with the social status updates of your friends from pretty every major social network that’s worth being a part of, and there’s a little circle at the bottom that they call the ‘Loop’ that allows you to easily drag and drop content you’d like to share.

The interface is so drastically different than what we’ve really seen before and it’s fairly difficult to explain, so if you’d like, you can see some demos here on the Kin’s website.

One important thing worth noting is that, at least at this point, Microsoft has not announced support for third party apps. This move makes it pretty clear that Microsoft doesn’t see the Kin as a smart phone, but rather as a feature phone with smart phone roots. Think of it as ‘My First Smartphone’. 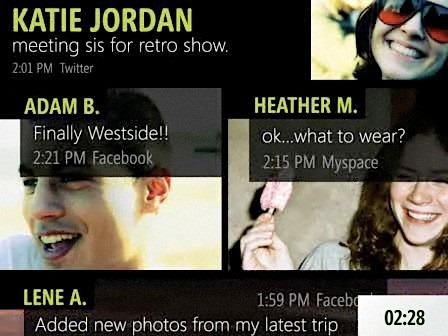 Should Android be worried?

At this point, no. While Motorola's MOTOBLUR certainly has its flaws, it still offers much of the social integration that the Kin touts, as well as everything else that makes Android so great, namely the Android Market.

I’m really not sure why Microsoft chose not to allow the ability to run third party apps on the Kin platform, and without that ability I really can’t see who the platform is supposed to appeal to - even teenagers will at least want to be able to download games.

Whether these phones can really compete with similarly priced smart phones will be interesting to say the least, but it’s safe to say that Google and their hardware partners have nothing to fear.

Google’s Own Android Tablet On The Way - We Rejoice