Two weeks ago we broke the story about a big milestone for Google: 40,000 applications were now available for the Android operating system, at least according to AndroLib which tracks Android applications across several app markets, including the main Android Market.

However, there has been increasing criticism of Google's poor handling of application publishing due to relaxed restrictions and lenient app approval policies. On the other end of the spectrum, Apple has gotten a plethora of bad press about their own overly harsh and oftentimes subjective process.

I'm not sure where the middle ground is that Android can attempt to move to and it is not in the scope of this article. But what I am sure about is that what you will see below is beyond ridiculous and Google needs to do something about it NOW.

Update 1: Many of you are suggesting that instead of changing its application approval process, Google should revamp their Market UIs and enhance them with more filtering and sorting options, introduce areas for top and featured applications (the little bar at the top of the Market now is pathetic and repetitive), and pretty much rebuild the Market from scratch.

Additionally, users would act as moderators and automatically vote spammers off the market, so rather than let arbitrary individuals at Google decide if a certain app belongs in the market or not, Android, as a community, would do it for them.

I like these ideas - Android is open for a reason, and so far the community could only do as much as giving an application a lower rating.

Google, is it time you do something with our voices? We are offering our help, free of charge.

Update 2: AppBrain.com, a market browsing site a-la AndroLib.com, was the first site that decided to apply all kinds of smarts to listing applications, which allowed it to filter out most of the spam and let its users explore those few genuinely great apps. This is exactly the direction Google should be heading.

A few weeks ago I set up a Yahoo Pipe that takes AndroLib's application feed and pulls out only V1.0 out of it, essentially leaving me with a listing of new apps.

Today, the ridiculousness of this feed topped pretty much everything I'd seen so far. Note that some of these apps are from secondary Markets but the rest are polluting our main Android Market as we speak.

I'll let the following screenshots speak for themselves. 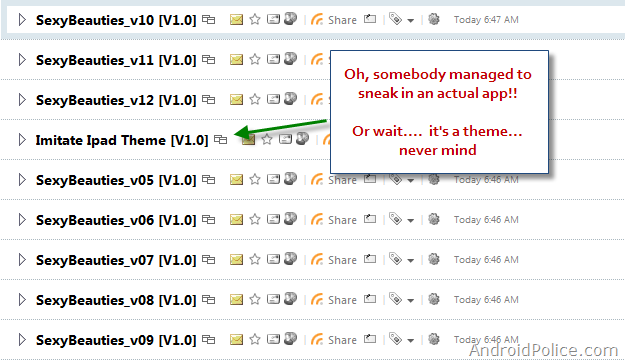 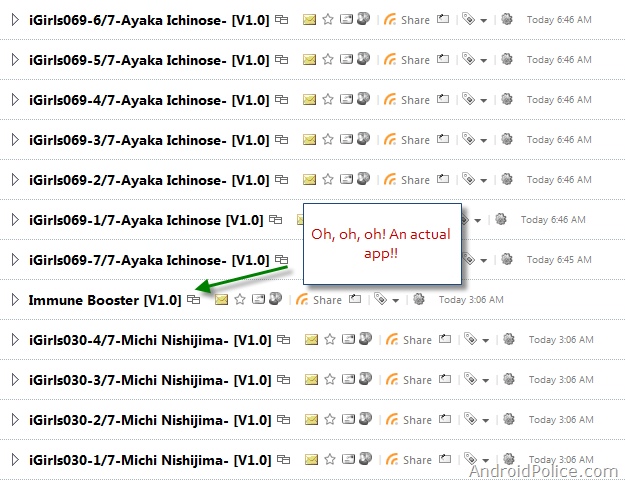 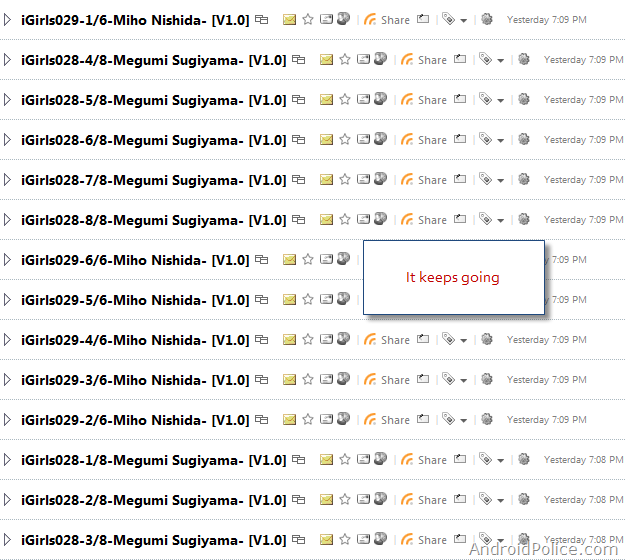 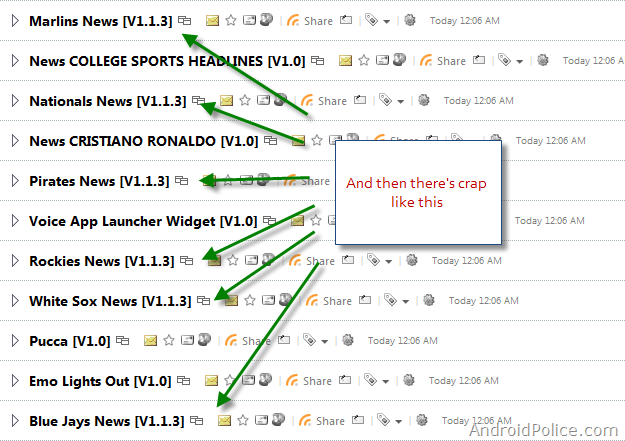 And the list goes on and on. Where is the end?