As you may have heard, LG has big plans for a little Android smartphone called Eclipse/LU2300. The company has not really done a whole lot with Android thus far, so it’s good to see them starting to make a serious smartphone that runs Android.

Two things that you will want to know, especially if you are a G1 owner and love the physical keyboard are:

Yet Another Custom UI

However, what you will want to punch yourself in the nose about is the fact that LG seems to be yet another custom UI of their own on top of Android which looks a whole lot like the Sense UI by HTC, except it uses more fruity, psychedelic, bright colors (I believe the term for their shade of blue is "cupcake blue" or "there-goes-my-manhood-blue"). Hopefully there are options to change that. It doesn’t look like a deeply customized UI right now and hopefully it will stay that way and avoid the standard updating issues custom UIs seem to be having (think Sense, MOTOBLUR, Rachael, etc).

The rumored specs equate this phone to around a Nexus One level which will probably put it in the sub-$200 price range.

The real news here is the keyboard which has nicely raised buttons for easier typing, instead of those heavily criticized flush button keyboards, such as the one on the Motorola Droid. It’s been a long time coming for a high-end keyboard phone and I am slightly surprised it’s coming from LG. As far as the overall design of the phone, I'm not sure I am digging it as much as the keyboard. The trackball/pad located on the right side instead of center is certainly quite odd.

LU2300 is slated for release in Korea in late April or early May. Currently it is unclear whether this phone will ever hit the US market but LG hinted that it is interested in all US carriers.

Until then, enjoy the leaked pictures but beware, the bright colors may cause a slight gag reflex. Would you even consider this phone if it landed in the US? 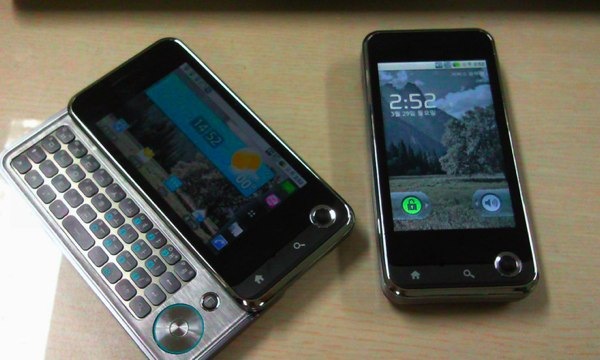 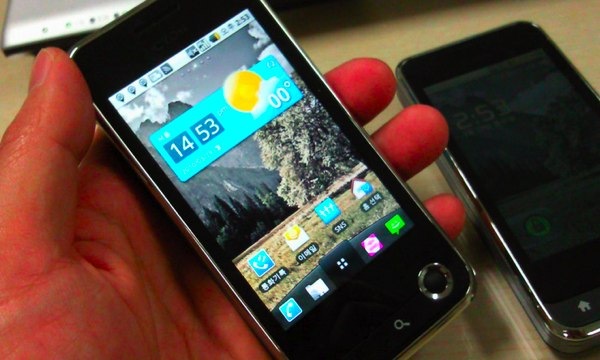