We have some interesting numbers today regarding tablet sales in 2010, courtesy of IMS Research - a research company specializing in a variety of topics, such as wireless communications, automotive, consumer, power, and security.

The report suggests that 24% of all tablets sold in 2010 will be running the Android OS. Microsoft will be following way behind at only 10% of the market.

The first place will be undoubtedly occupied by Apple's iPad, which was released 2 days ago and sold an estimated 700,000 units just on day one. We don't have the exact number from the report but Apple's share trumps all competition.

Apple's gigantic share does not necessarily indicate that the iPad will enjoy the same adoption rate as its iPod products. Anna Hunt, an IMS executive, pointed out that iPad's high cost and application prices marked up even higher than the analogous apps on the iPhone will allow competitors to offer much more affordable devices (sub-$200) with comparable functionality:

Right now many of the applications specifically designed for the iPad platform are actually more expensive than apps for the iPhone OS.

This leaves an opportunity for suppliers that can offer a tablet solution that is overall more price competitive, both for the hardware and the content.

Over the next couple of years, we can expect a variety of tablet models that may not be able to run word processing software, but will offer a variety of web-based and multimedia applications for under $200 to the end user.

Android has been advancing extremely rapidly on both mobile and tablet markets, offering certain advantages over the iPad:

HTC, Dell, and other big players pursuing a share of the tablet market have already announced the first tablets which, highly technically speaking, look pretty sweet. Here are some of them:

Having said all of this, however, at this point in time iPad is king - there are no better options available for a tablet PC, period. iPad's UI, look and feel, speed, and quality of build are unparallel. Android has a long way to go before it can match the overall iPad experience. 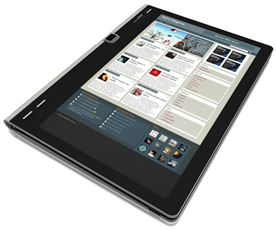 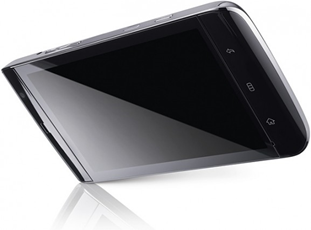 P.S. For those wondering about the post thumbnail, immediately proceed to this Encyclopedia Dramatica article.

Droid Owners Have A Bittersweet Week