We have some great news this morning for the rooting/ROM fans out there - a new milestone of OpenEclair has been reached and version 1.3 is now available for download here.

If you are interested in the discussion around this release, head over here.

OpenEclair is a community ROM based on the AOSP (Android Open Source Project) 2.1 source code (with lots of Cyanogen mixed in).

The goal of OpenEclair is to bring to the community a fast and stable Eclair 2.1 ROM, with contributions from numerous ROM developers.

To clarify what may not be obvious on the OpenEclair site, the ROM is aimed at 2 devices specifically:

OpenEclair is actively developed (just look at the number of filed and fixed bugs), maintained, and tested by the community which means frequent releases, attention to users and testers, $0 price tag (of course), and all the great stuff open source software development brings with it.

Our word of warning to you: rooting and installing custom ROMs on your phone is dangerous business - you risk bricking your device and will most likely lose all of your data.

So back up all your stuff with Nandroid, the best and most complete Android backup tool, before you attempt to alter your stock OS.

All development is done by volunteers, so if you appreciate their effort, don't hesitate to donate whatever you can to the main contributors Wes Garner and Chris Soyars:

What Are OpenEclair's Main Features?

Here's a nice compilation of screens from the previous version of OpenEclair, courtesy of AndroidSpin: 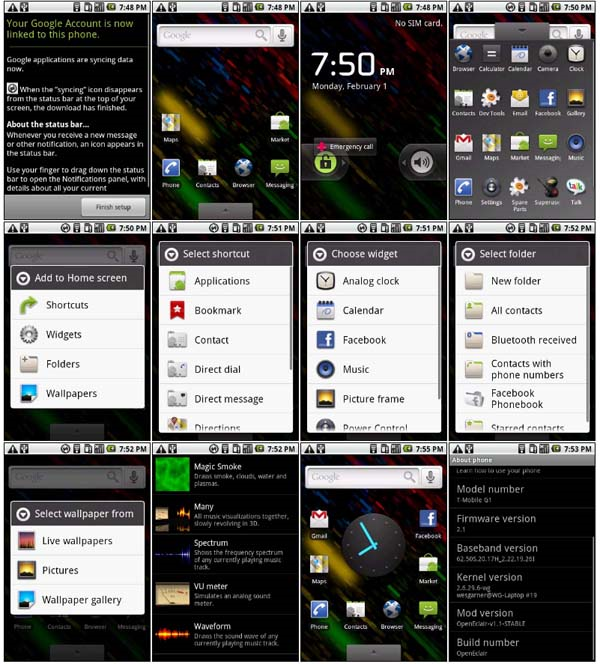 Droid Owners Have A Bittersweet Week