Social news sites are all the rage nowadays, and Digg.com is pretty much the one to beat.

A few minutes ago they graced us with an official Android app, hot on the heels of their iPhone app release.

The fact that Digg was working on an app wasn't much of a secret, due in part to the fact that a few beta testers also installed AppAware, which reported users installing something called "com.functional.digg.app".

I've gone ahead and attached a few screenshots I took for those that like to look before you touch, but the app is available now, in the Android Market, for free.

Update #2: Digg's official announcement is live, though mentioning the app was available March 31st, which is definitely not true - at the time of this writing there are fewer than 50 downloads on the Market. They've corrected the date now. 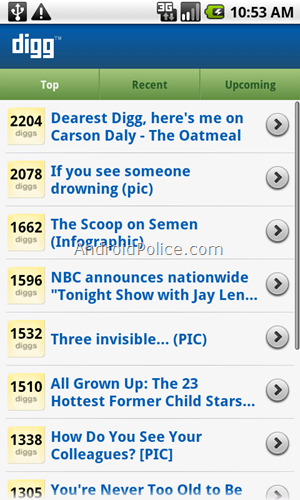 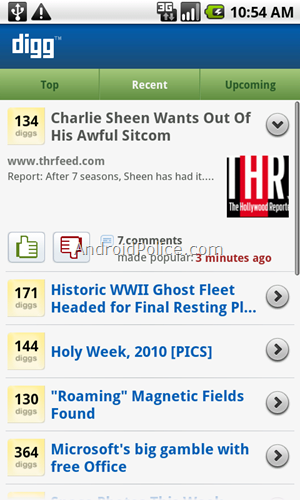