If you're one of over 4 million people living in Houston, TX, your mobile connection options just got a lot better. Clearwire, the company providing WiMax/4G service for Sprint, announced today the launch of its 28th US metropolitan market in the Houston metro area.

According to the press release,

… coverage extends as far north as Conroe and northeast as Kingwood; as far west as Katy and southwest as Richmond/Rosenburg; as far south as Alvin and southeast as Clear Lake; as far east as Baytown.

CLEAR service will also be available in the city of Lake Jackson to the south of Houston. 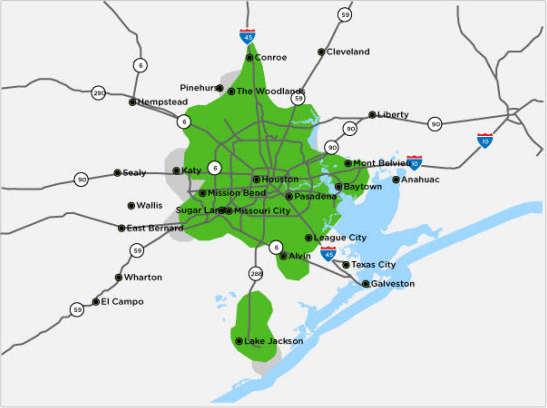 The 4G connection requires a 4G broadband card or one of the upcoming 4G mobile phones, such as the HTC EVO 4G announced last week.

Sprint promises the service should deliver speeds up to 10x faster than 3G:

Sprint and Clearwire are planning to continue releasing 4G throughout 2010 in these areas:

WiMax is already available in the following areas:

The Future Of WiMax

Editorial: Why Google Could Not Avoid Android Fragmentation And What It Plans To Do About It